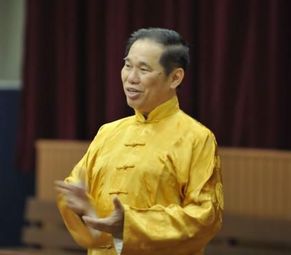 Shaolin Grandmaster Wong Kiew Kit is the fourth generation successor from the famous Shaolin Monastery of China, and a grandmaster of Shaolin Arts of Kungfu, Chi Kung and Zen. Recently featured in French Scientist Damien Lafont's publication, 'Wisdom of Living Masters', he is also a master of Tai Chi Chuan. Recipient of the "Qigong Master of the Year" award in 1997, he holds an honours degree in humanities, and is one of the very few genuine masters who teach in the West. He is the author of a number of critically acclaimed books, Introduction to Shaolin Kungfu (1981), The Art of Chi Kung (1993), The Art of Shaolin Kung Fu (1996), and The Complete Book of Tai Chi Chuan (1996) and The Complete Book of Zen (1998). The Art of Chi Kung is a best-seller, reprinted three times within three years, and has been translated into Spanish and German. He is one of the few masters of the Shaolin Arts who speaks fluent English and who can transmit Shaolin Arts to western students outside of their cultural context. 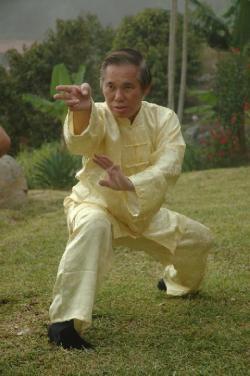 ​Master Wong, or 'Sifu' as he is known to his students, started his life-long training of the Shaolin arts in 1954 when he learned Shaolin Kungfu from the famous Shaolin master, Sifu Lai Chin Wah, who was popularly known as Uncle Righteousness. Master Wong became his best disciple and helped Uncle Righteousness to teach kungfu. To further his kungfu training, Master Wong later learnt from Sifu Ho Fatt Nam, the third generation successor directly descended from the southern Shaolin Monastery. Master Wong also learned Wuzu Kungfu from Sifu Chee Kim Thong, and Wing Choon Kungfu from Sifu Choe Hoong Choy, who were patriarchs of their respective kungfu styles.
Master Wong has taught kungfu and chi kung for more than twenty five years, to more than twenty organizations and he has thousands of students around the world. Regretting that many masters were withholding "secrets" of kungfu and chi kung with the result that these arts might lose their essence, in 1982 he founded the Shaolin Wahnam School of Kungfu and Chi Kung, naming the school after the two teachers who had influenced him most, Sifu Lai Chin Wah and Sifu Ho Fatt Nam, with the aim of transmitting genuine Shaolin Kungfu, Shaolin Chi Kung and Shaolin philosophy. Having won championships himself, Grandmaster Wong has trained many champions in kungfu (demonstrations as well as all styles sparring) and lion dance competitions. But he has always insisted that while Shaolin Kungfu is an exceedingly effective martial art, its greatness lies in enriching our daily life and in spiritual development. He was also the founder-secretary and later the Deputy President of the Federation of Kungfu and Lion Dance Organizations in his home of state in Malaysia. 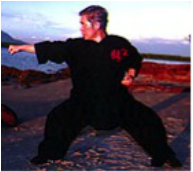 Since 1987 Master Wong has spent more time teaching chi kung than kungfu, because he says that while kungfu serves as an interesting hobby, chi kung serves an urgent public need, particularly in overcoming degenerative and psychiatric illness. ​Sifu Wong is one of the few masters who have generously introduced the once secretive Shaolin Chi Kung to the public, and has helped literally hundreds of people to be relieved of their so-called "incurable" diseases like hypertension, asthma, rheumatism, arthritis, diabetics, migraine, gastritis, gall stones, kidney failure, depression, anxiety and even cancer. Now he has devoted more time on writing and teaching overseas, having successfully taught in Europe, the United States, Canada and Australia. He stresses the Shaolin philosophy of sharing goodness with all humanity, and is now dedicated to spreading the wonders and benefits of the Shaolin arts to more people irrespective of race, culture and religion.